How To Tell the Gender of a Hamster – A Quick Guide

It’s important to know the gender of your hamster, especially if you have multiple living together in the same cage. The last thing you want is little hamster babies popping out and surprising you. You may also want to know its gender to pick the best name possible for your hamster.

In the rest of this article, I will go into greater detail on how to tell the gender of your hamster. There are few things you should look out for.

The first step to checking the gender of the hamster is lifting it up. You want to hold the hamster gently as to not scare it.

Cup it in your hands and turn it over so that you have a good view of its genitalia. If it squirms too much, you can place it in a clear container or their hamster bowl. As long as you have a decent view of the genitalia, you should be able to tell what the gender of the hamster is.

2. Check the Distance Between the Openings

After turning the hamster over, you should locate the genitalia, which is located near the tail. You should be able to see two holes—one is the butthole, and the other is its genitals.

If you don’t see two holes, you may have to spread the hamster’s legs wider to get a better view.

The main difference between male and female hamsters is that male genitalia openings are much farther apart. If there is a clear distance between the holes, it is most likely a male hamster. Adversely, if the holes are very close together, it is probably a female hamster.

You may also notice that female hamsters have very little hair around the genitalia, while male hamsters do have hair.

When you check the genitalia, you may also notice if the hamster has nipples or not. They are located on the bottom stomach of the hamsters.

This is convenient if your hamster resists being turned over. You can simply feel over the stomach to determine if there are any small bumps.

If the hamster has nipples, it is female. If not, it is probably male. However, female hamsters do not get prominent nipples until they are a bit older. If you use this method, make sure your hamster is not too young.

4. Look for Bigger Glands and Testicles

Sometimes male hamsters will have visible testicles. This is especially true if the hamster is older. The testicles are just under the tail and will look like the hamster’s rear is swollen.

Females do not have the bulge created by testicles. If you see this, you can be sure that it’s male.

Keep in mind testicles are hard to spot on younger hamsters. Also, hamsters have the ability to retract their testicles when they are cold or scared.

You can also check the gland size of the hamster. Male hamsters have much larger glands than female hamsters do. There are usually located on the sides of their body. For dwarf hamsters, they are located in the center of their belly.

5. Check the SIze of Your Hamster

You can also get a sense of the hamster’s gender simply from looking at its size. Male hamsters are usually broader and longer than female hamsters. If you have multiple hamsters in one cage, you should be able to notice the size difference.

How Old Should a Hamster Be Before You Can Tell Its Gender?

A hamster should be 4 weeks old before you can tell its gender. Their genitals are not fully formed until they are about one month old, so you won’t be able to tell beforehand. A hamster becomes full-grown at around six weeks old.

Should I Get a Male or Female Hamster?

You can get either male or female hamsters, but there are definite behavior differences between them. It is widely agreed that male hamsters are more friendly and easier to take care of. Females are often more twitchy and difficult to hold.

Female hamsters also go into heat every four days, releasing a musky odor. If you prefer not to deal with this smell, you should get a male hamster.

How Can You Tell if Your Hamster Is Pregnant?

You can tell your hamster is pregnant because it will usually have a steep increase in appetite. You will also notice their nipples swell much beyond their standard size. Hamsters can become pregnant after they are 6-8 weeks old.

Pregnant hamsters also have sudden behavior changes. They can be very aggressive with other hamsters they may live with and even fight with them. You will notice them gathering food and nesting somewhere they feel safe.

Pregnancy can last 2-4 weeks, depending on the breed of the hamster.

What Should You Do if Your Hamster Is Pregnant?

If your hamster is pregnant, you should give it proper care to ensure they remain healthy and comfortable. You should remove any other hamsters from its cage and make sure not to handle it. Don’t touch its surroundings unless it’s absolutely necessary.

You can read this article to learn more about how to care for hamster babies.

Do Hamsters Eat Their Babies?

Hamsters sometimes eat their own babies. Female hamsters do this as a way to reduce the size of their litter to match their capacity for caring for them. If a litter is too large, the mother may eat some of the babies.

There are many claims online about why this happens, However, only the litter size has been scientifically proven to be a consistent factor in this behavior.

Even if your pet store tells you the gender of your hamster, you should still make an effort to check yourself. Pet stores can often get the gender wrong, especially if you bought the hamster when it was young.

Carefully check the gender of your hamster after it is at least four weeks old. If you are still unsure about its gender, you can take it to a vet to make certain.

Once you have determined the gender of the hamster, you will be able to take the proper precautions to keep them from having little hamster babies. 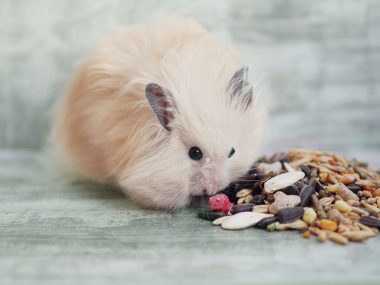 Read More
Hamsters need a healthy diet and plenty of exercise to stay in tip-top shape. Even though we may…
Read More
0
0
0 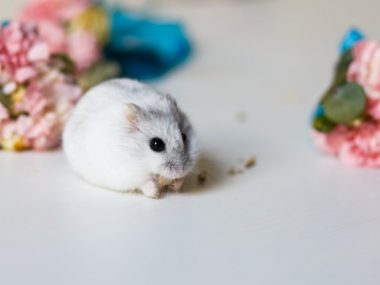 Read More
It’s good to know whether hamsters have periods or not, especially if you have a female hamster. Knowing…
Read More
0
0
0 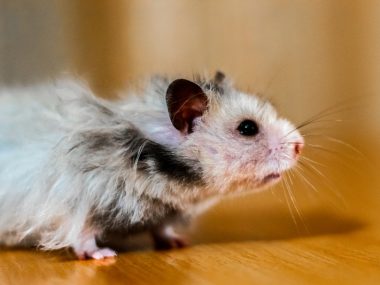 Read More
One of the main attractants to hamster owners is the hamster’s adorable teddy-bear looks; they’re so snuggly and…
Read More
0
0
0 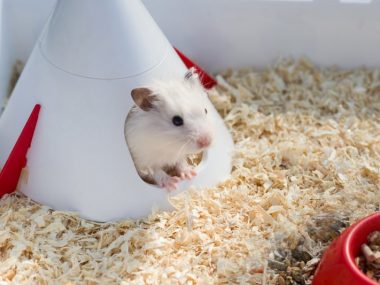 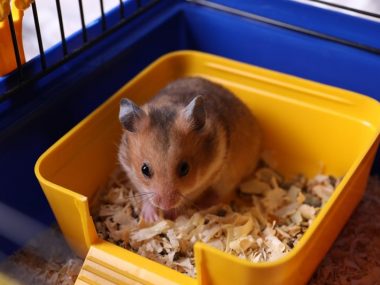 Read More
Warning: Dinnertime may not be the best time to read this article! Hamsters are extremely clean animals and…
Read More
0
0
0 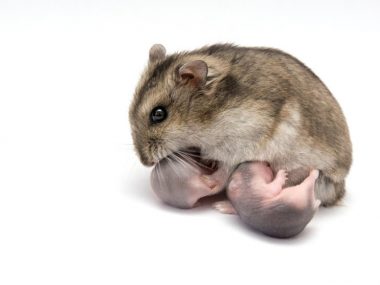